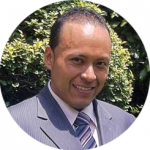 Biography: He was born in Mexico city in 1986, in 2009 he finished his bachelor degree in industrial robotics in ESIME IPN in Mexico city, afterwards he moved to Guadalajara city, Mexico, where he started working as process technician in the electronics manufacturing industry. In 2013 he started his master degree in advanced technology (photonics area) in Mexico city, during the research he had an internship at Fraunhofer IWS institute in Dresden Germany, in 2015 he obtained the degree, after that he started working as design engineer in the motor and generator manufacturing industry in Mexico city. Since April, 2016 he has initiated a PhD. in Dresden, Germany. 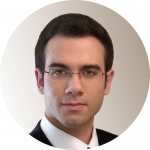 Biography: Sabri Alamri is a doctoral researcher in the Working Group of Surface Functionalization at the Fraunhofer IWS (Dresden, Germany), and at the Institute for Manufacturing Technology of the Technical University of Dresden under the supervision of Prof. Dr. Ing. A. Lasagni, since 03/2016. Sabri was born in Italy (Trani, Bari) in 1990 and completed his studies in Materials Science and Technologies at University of Bari (Italy) in 07/2015. During the bachelor’s degree he worked on Self-mixing Interferometry, while for the master thesis he worked on nanoscale analyses with AFM and Raman Spectroscopy. Currently his research interests lie in the area of Laser surface structuring, in particular in Direct Laser Interference Patterning of polymers and modeling of laser-matter interaction processes. 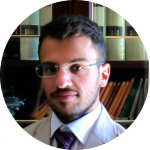 Biography: Luigi Capuano was born on November 9, 1989 in Formia, Italy.  He lived most of his life in Mondragone, a town in the south of Italy, where he received his primary and secondary education. At the age of 19 he moved to Rome, where he started his studies at University of Rome “La Sapienza”. Here he first took his Bachelor’s degree in Clinical Engineering and then his Master’s degree in Biomedical Engineering. In 2015 he spent 6 months at University of Twente, in the Netherlands, for his Master thesis project. Here he studied a hybrid method of processing sapphire made by laser irradiation and chemical etching. In January 2016 he joined the project Laser4Fun as ESR  at University of Twente. 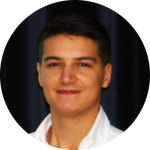 Biography: José is a Portuguese PhD researcher on the LASER4FUN Marie Sklodowska Curie project in the Laser Centre of the Universidad Politécnica de Madrid since March 2016. Natural from Barcelos, in Portugal, he was born in 1991 and finished his integrated Master’s degree in Physics Engineering at the Faculty of Science of the University of Porto (FCUP) on October 2015. In his master thesis he designed and developed Nanoscaled Piezoelectric Energy Harvesters, guided by the principle of converting external mechanical movements into electricity by the deformation of the device. In his free time he is a self-proclaimed “Tapas” expert and a self-learning amateur musician that plays mainly the guitar. 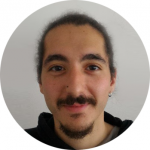 Biography: Fraggelakis Fotis is a Ph.D. candidate at the University of Bordeaux and he is conducting his research activities mainly in ALPhANOV. He obtained his master diploma at the Materials Science department of the University Of Crete with a specialization in optoelectronics and nanotechnology. He worked as a fellow researcher for two years at the Institute of Electronic Structure and Laser in F.O.R.T.H. where he carried out his master thesis in surface nanostructuring with temporal and polarization shaped laser pulses. He is a beginner violinist and he enjoys water sports. 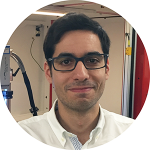 Biography: Antonio was born and raised in Zaragoza, Spain, where he studied M.Sc. Industrial Engineering. He began to learn about laser technology during his final degree project in the department of Materials in the University of Zaragoza, where he took part in several researching projects. In 2015 he started working in BSH Home Appliances Group (CIV-TME), developing industrial applications by means of laser processing. His current research is focused on direct laser patterning for extended applications. Antonio is absolutely passionate about rock and classical music and playing board games. 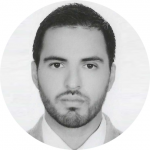 Biography: Daniel Huerta Murillo was born in Zacatecas, México in 1988. In 2013 he got his Bachelor’s Degree in Physics from the Autonomous University of Zacatecas (UAZ). He earned his Master’s Degree in Optics at the Ensenada Center for Scientific Research and Higher Education (CICESE). His thesis gave him experience in the area of laser materials processing by doing an experimental study of the formation of nano-structures on thin films after laser irradiation, which were characterized by SEM, AFM and Micro-Raman Spectroscopy. Since April 2016 he is an early stage researcher (ESR) at the Laser Centre of the Technical University of Madrid (CL-UPM) as a member of the LASER4FUN Marie Sklodowska Curie project. 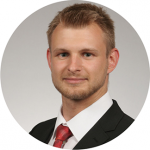 Biography: Marek Mezera was born 1988 in a little town in the German Democratic Republic. He received his primary and secondary education in east Germany. In 2008 he enrolled at the Technical University of Dresden for mechanical engineering. He specialized in production techniques, manufacturing engineering and tools. During his study he looked into several scientific fields as a research assistant in a few companies. He wrote his thesis about examining and the development of a new process of opening thin-film modules by laser system technology at the Fraunhofer Institute for Material- and Beam Technology. In March 2016 he started as a PhD researcher at the University of Twente in the EU project Laser4Fun. 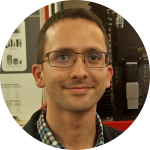 Biography: Jean-Michel is a French-Italian mechanical engineer. He graduated within the framework of a French-German double diploma from the Arts et Métiers ParisTech and the Technical University of Dresden in 2013. He specialised in manufacturing and carried out his diploma thesis at the Karlsruhe Institute of Technology in laser sciences. He launched his industrial career at Total, working on the corporate R&D strategy and its international development from 2013-2015. His current research focuses on the mass-scale production of smart surfaces via plastic injection moulding, more specifically by means of nano-texturing amorphous metal inserts using lasers. In his spare time, he enjoys climbing and practicing the piano. 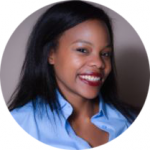 Biography: Melissa was born in 1988 in Zimbabwe. Her MSc. at the University of Cape Town in Sotuh Africa, focused on how to apply wastewater solutions developed globally to a South African context, which received the 2014 Green Talents award. Her training extends from nano-scale science, biometic systems and design thinking to as “far” as sociology. Now in her first year of a PhD degree at the Leibniz-Institute fur Polymerforschung Dresden, her research focuses on bio-responsive antimicrobial coatings. My ultimate goal is to use biophillic design to create functional and simple, socio-technological interventions that improve how people and communities function. 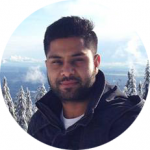 Biography: Gagandeep Singh Joshi obtained M.S. in Physics with specialization in materials and nanostructure from the Blaise Pascal University, France in 2012. Previously, he has worked as Process Technologist at Advanced Applied Physics Solutions, a division of the Canada’s National Laboratory for Nuclear and Particle Physics, and as a Research Assistant at Functional Coating and Surface Engineering Laboratory, Montreal. At present, he is working as a Researcher at CNR-Institute of Photonics and Nanotechnologies with his research focused on laser micro surface texturing of the technological steels. 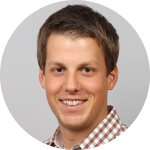 Biography: Tobias studied mechanical engineering at the Karlsruher Institut für Technologie (KIT). During his bachelor´s program he studied one semester at the Instituto technológico de Buenos Aires (ITBA) in Argentina. After his bachelor´s degree he went to Zurich for his master´s program which he did in process engineering at the Swiss Federal Institute of Technology (ETH). In April 2015 he graduated from ETH. For 9 month he worked as a scientific assistant at the Separation Processes Laboratory at ETH before he started his PhD at Bosch and TU Dresden in the Laser4Fun project in April 2016. During his PhD he investigates laser generated surface structures and their wettability for different applications. 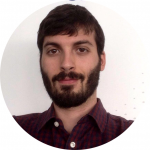 Biography: Vittorio was born in 1990 in Rome. At the age of 18 he enrolled in Mechanical Engineering at the University of Rome Sapienza, carrying out his bachelor thesis within the Formula SAE team. After the graduation he continued his career studying Nanotechnology Engineering, with a particular emphasis on Surface Engineering. He developed his final project in collaboration with Avio Aero on antioxidant coatings. Completed the studies he pursued an internship at Luxottica, the largest eyewear company of the world.
In 2016 Vittorio started his PhD at Airbus Group Innovations; his research is focused on the surface modification of different materials in order to achieve icephobic and easy-to-clean properties.