The 10th International Laser Symposium & International Symposium »Tailored Joining« on February 27 & 28, 2018 was organised by the Fraunhofer IWS at the International Congress Center in Dresden, Germany. Because in the “manufacturing of the future” the digitalization of laser material processing is becoming increasingly important, the motto of the symposium was “Industry 4.0”.

Last, but not least, the Laser4Fun-delegates joined in a fruitful panel discussion about the future of laser-micromachining, together with other presenters of the micromachining session. 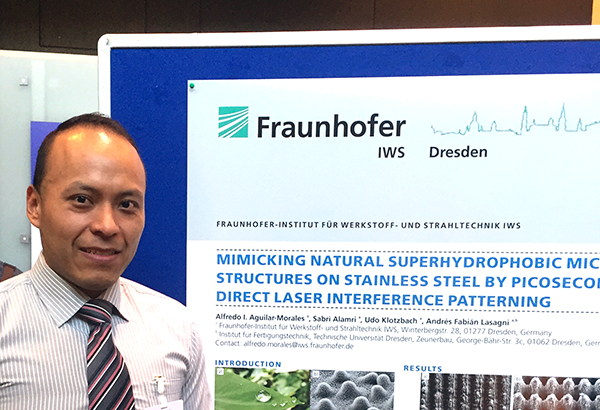 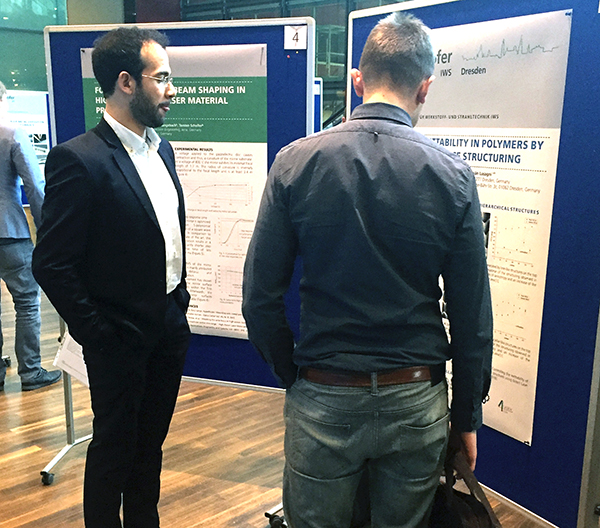 We present a systematic study on the generation of 2D surface structures on stainless steel, using double, crosspolarized femtosecond pulses with variable interpulse delay. We demonstrate the combined effect of the interpulse delay and key process parameters in order to obtain periodic structures. The sets of double pulses were produced utilizing a modified Michelson interferometer with interpulse delay varying from -100 ps to +2 ns. The study was carried out with an industrial laser having pulse duration of 350 fs, emitting in the near infrared (λ = 1030 nm), operating at 100 kHz coupled with a Galvo scanner. We evaluate the obtained surface morphology and structure period using SEM characterization and Fourier analysis.

On February 2nd and 3rd, 2018, ESRs Alfredo Aguilar Morales and Sabri Alamri attended the 5th MCCA General Assembly of the Marie-Curie Fellows at the University of Leuven, Belgium. Both ESRs presented a poster with results of the Laser4Fun project. More info can be found at https://www.mariecuriealumni.eu/events/2018-mcaa-conference-general-assembly 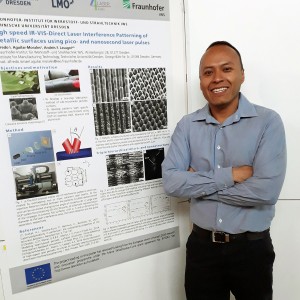 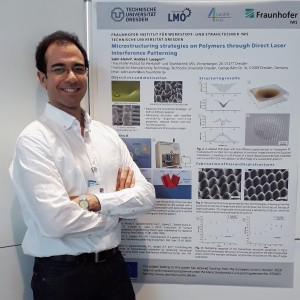